"Picture a Scientist": An Unveiling of the Reality of Women in STEM

Science’s substantial sexism comes to the forefront in a new documentary directed by Sharon Shattuck and Ian Cheney. 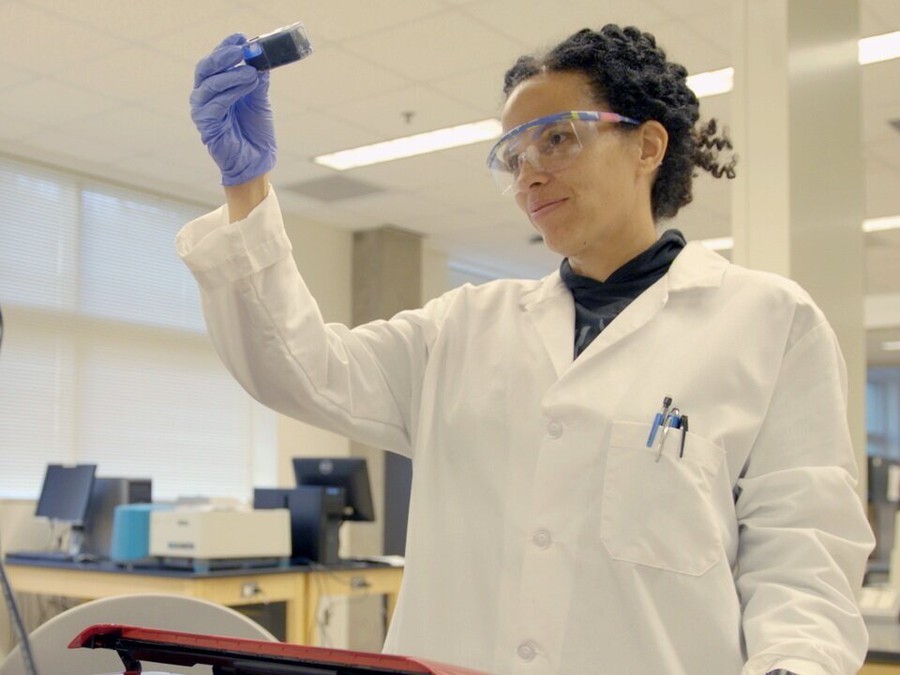 Dr. Raychelle Burks, one of the three scientists featured in "Picture a Scientist", responds to the challenges faced by a woman of color in analytical chemistry.

Courtesy of Picture a Scientist

The nature of scientific discovery, as philosopher of science Thomas S. Kuhn would describe, is to re-evaluate collectively accepted notions of reality (paradigms) through research-based evidence to confirm or refute what was once accepted and is now being questioned. Progress follows crisis, and crisis follows the criticism of a system that is no longer sufficient.

So what happens when the system in need of re-evaluation is the social structure of science itself?

In the recent film Picture a Scientist, these questions are answered through the process of normal science, with evidence spanning from experimental data analysis to the research project that is the lived experience of women in STEM.

The film, directed by Sharon Shattuck and Ian Cheney, generated high praise and necessary discussion after premiering digitally last month, unveiling gender discrimination in the scientific industry that extends much deeper than the visible tip of the iceberg. This metaphor for an understated and rarely fully comprehended issue is one of multiple effective visuals used in the film to describe the depth of sexism as it infiltrates the scientific community.

Picture a Scientist commands the viewer to confront and question their preconceived notions of an ideal scientist using the titular exercise of asking the audience to “picture a scientist” as an introduction to an inquisitive and thoughtful documentary that intertwines the stories of three scientists with three core commonalities: their femininity, their subsequent discrimination, and their dedication to fight against it.

This notion is emphasized by the essential vocal presence of Raychelle Burks, another scientist featured in the film. Her impact follows her research as she identifies the most harmful elements of chemical compounds and responds to the challenges faced by a woman of color in her department. Discussing the importance of testing metrics, the viewer begins to understand the degree of her discrimination; one of the most dangerous parts of discrimination is its implicit nature, which facilitates the internalization of biases and normalization of their manifestations in victims and perpetrators. Burks’s experience with, and expression of, the biases she confronts on a daily basis exposes the human industry of science, which, in her words, “invokes both brilliance and bias”—but on the receiving end of a combination of racism and sexism involves a stark underrepresentation underlined by neglect, doubt, and deprivation of well-deserved credibility among a limitless array of micro- and macroaggressions. She is one of many scientists identifying these dangers to create a safer environment, which is especially crucial in her field as a woman of color.

Nancy Hopkins, whose voice carries the wisdom of someone who knows science well enough not only to live in its pursuit but to teach it, reminds us of the assumptions and associations of science and gender by saying “when you ask someone to draw a picture of a scientist, it used to be all men.” She extended her research into a dataset whose analysis provided evidence of the department denying equal space to her and her female colleagues. The supervisor refused to acknowledge the facts presented to him. But evidence, like a wildfire or justice, is imminent and unavoidable: it simply needs to spread far enough. The combined network of women in scientific academia who shared these experiences and overcame their fear of confirming stereotypes imposed on them, such as “weak” or “controversial,” assembled to confront the dean of the school of science and request data—but were nearly extinguished by the dissuading response they received, which denied the possibility of change by stating that the issue was “the nature of a male-dominated culture.”

But these stories do not forego hope—they inspire it. “We are creatures who learn,” says Mahzarin Banaji. Burks reminds us that “by nature itself, science should always be evolving.” And Willenbring’s data, when analyzed, proves to us that the cliffs really are reshaping. So, when speaking of paradigms, we might return to the Newtonian school of thought when considering what really happens when an unstoppable force meets what was once thought to be an immovable object.