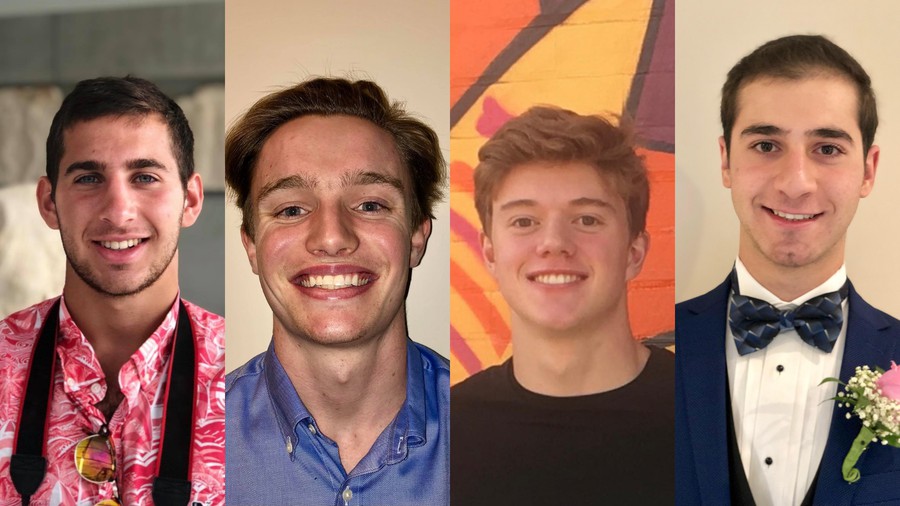 Second-years Jonathan Merril and Jack Ogle, third-year Henry Myers, and first-year Joshua Weisskopf cofounded Pollinate, a company which aims to boost productivity among students, during winter 2021. The service connects UChicago students and facilitates half-hour study sessions over Zoom. Merril and Ogle cited their personal goals to decrease procrastination and boost productivity as their primary motivations for starting the company.

To use the service, students create an account on the Pollinate website. After watching a tutorial video, they can schedule study session meetings in half-hour blocks. During the sessions, which take place on Zoom, students are paired up to study together.

“I usually do Tuesday and Thursday mornings just because I have a class that doesn’t start until 12,” said Rocío Jerez, a first-year student who has been using Pollinate since the beginning of April to complete chemistry problem sets and readings for class. “I feel like I can get almost two times as much work done. When there’s someone else on the other side, even if it’s virtual, I find that there’s more pressure to not get distracted and to do what you’re supposed to be doing.”

“We find these meetings to be super productive at beating procrastination, helping keep people accountable, and helping them schedule their days, because we find that the activation energy of getting work done—just getting the momentum going—is actually the hardest part,” Ogle said.

Merril and Ogle started Pollinate after Ogle offered students around $7 an hour to study with him in a post on the Class of 2023 Facebook page. “I got so desperate over winter quarter. Day after day, I’m not getting anything done, I’m just sitting in my room…I feel so isolated. It's hard to get into the library. So I was just like, why not?”

When Merril found out that more than 100 people signed up to study with Ogle, he jokingly suggested that Ogle’s idea could be a business. “He actually did study with about 14 or 15 people and found that that was the most productive time he had,” Merril said. “He called me up over winter break and said, ‘Hey, I was thinking more about what you said about the business idea—why don’t we just do it?’ And I said, ‘That's a great idea. I’ll try to help build something with you.’”

“We started by setting up meetings with people in the grade at random just to test out different systems,” said Merril. “We started by using When2meet to book times for two people to meet, and then I reached out to one of my friends, Henry [Myers], who is on the cross-country team with me—he’s a coder—and we said, ‘Hey, could you build a site for this,’ and he did. And now we’re just trying to grow and iterate and cater to our users.”

Weisskopf is the most recent addition to the team. He approached Ogle and Merril while they were handing out doughnuts to advertise the service to ask if he could help them. “We’re currently recruiting other cofounders, specifically people with technical expertise in web development,” Ogle said.

According to Merril, their biggest challenge so far has been attracting users and balancing schoolwork with developing the company. “We’re procrastinators ourselves, so it was hard for us to first keep the momentum moving when we were behind on our work and struggling with school,” he said.

“But eventually, we said this is proof of concept that we’re so behind on our work [and that] people really need this, [so] let’s just go out there and give people doughnuts, do whatever it takes to get people to at least try this, and see if it helps. And now we’re getting more people who really like our idea and are using it and it’s helping.”

“All four of us are really passionate about solving procrastination through any means necessary,” Ogle said. “We know that affects people’s mental health, and it also affects their general well-being, so we really are just trying to make a difference and help people in that way.”