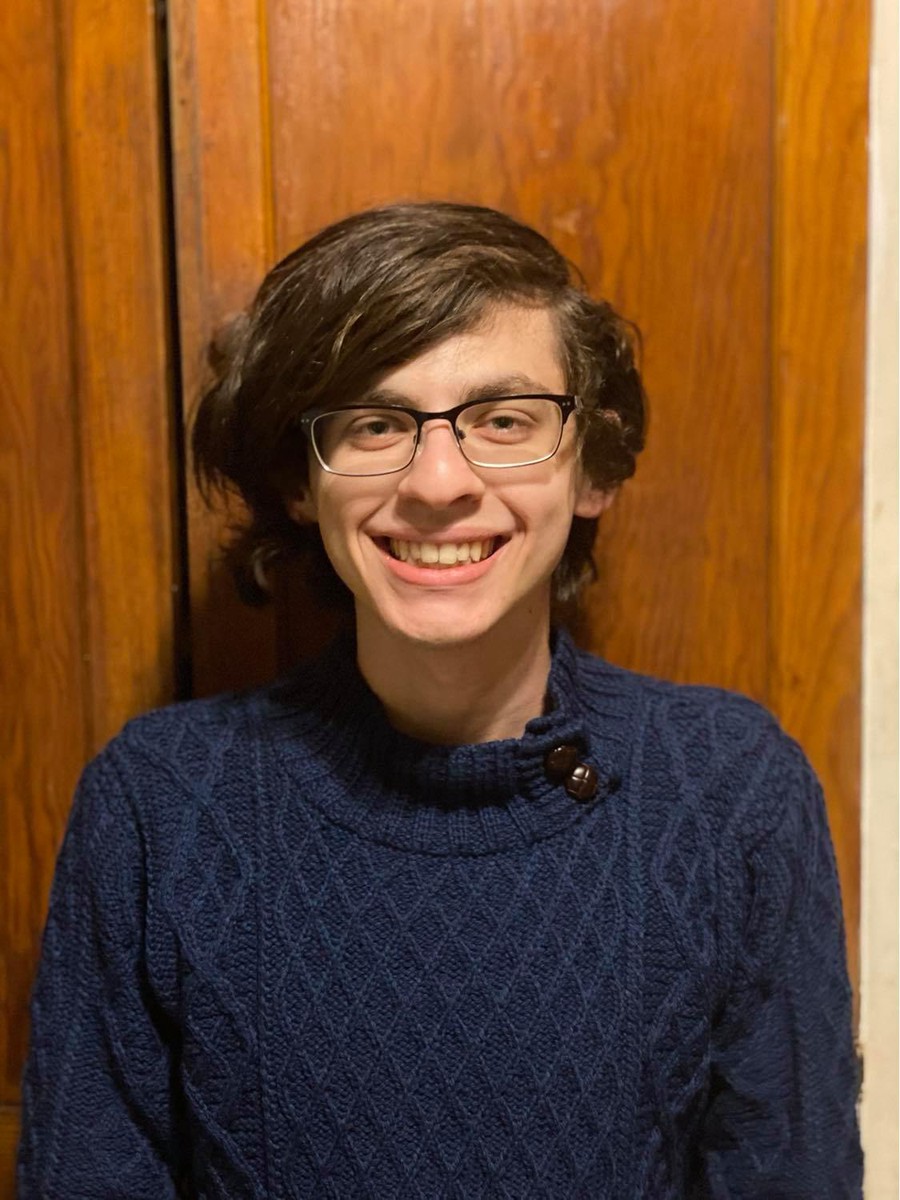 What do you get when you throw an annoying Soundcloud rapper into a murder mystery? Or when, a kooky librarian, the rapper’s crazy ex-girlfriend, two young lovers, and a serial killer all live on the same floor of an apartment building? Surely nothing other than graduating third-year Devin Haas’s miniature whodunnit musical It’s Curtains.

Featured in New Work Week—the College’s Theater and Performance Studies (TAPS) department’s week-long event that showcases the work of students graduating from its major and minor programs—It’s Curtains was Haas’s final BA project for his TAPS minor. Like most projects featured in the second virtual iteration of New Work Week, It’s Curtains was performed as a script reading over Zoom and featured fellow TAPS students Alessandra Tufiño, Ryan Murphy, Liz Ombrellaro, Alisa Boland, Laura Mahaniah, and Hannah Wilson-Black. The piece was directed by Lara Sachdeva, stage-managed by Ryan Murphy, and written by Haas.

For Haas, despite the fact that his work was performed virtually, the experience of writing a piece and having it interpreted by others was still incredibly fulfilling. As a self-described “indecisive perfectionist” whose work rarely sees the light of day, it was a nice change for Haas to see his work come to life on a “virtual” stage.

Haas told The Maroon, “This was a cool experience for me because this meant actually working with a team of people to perform my work, and I think I learned a lot about the creative process through it. Obviously, seeing actors take words that I had written and might have imagined being said in one way or another, then breathing new life [into] them was very fulfilling.”

Additionally, the transition to an online format was not that big of a change for Haas. His previous theatrical writing experience has been mostly based around Theater [24] productions (annual festivals of plays conceptualized, written, produced, and rehearsed all in the span of 24 hours), which in recent years have migrated to Zoom.

“I don’t have as much experience with in-person productions as some people,” Haas explained, “For me, that almost made the idea of Zoom productions seem less jarring because I was coming at them from a place of less experience. [I didn’t need to] find a way to adapt live in-person staging and blocking to Zoom, because I didn’t have much experience in them to begin with.”

What Haas does have experience with, however, is songwriting. It’s Curtains was originally written as a musical born out of a collection of songs Haas wrote for a class, but on Zoom, most actors simply read their lines given the rehearsal time constraints and the fact that, as any musician or performer can attest, performing music on Zoom is nearly impossible.

“[The non-musical format] changed it, but I think I still learned,” Haas admitted. “These were songs first, and then I wrote dialogue later, but I have much more experience with lyric writing than I do with composition anyway. Luckily the lyrics could be kept, but instead of being sung they were spoken.”

Overall, Haas is grateful to have had the opportunity to learn and grow as a writer from this experience, even if it might have looked quite different had it occurred in person. Haas told The Maroon, “Obviously there were things that were done differently than they would have been in another world, but I wasn’t even thinking ‘Oh I wish this could have been done in person’ because I was just thankful that it could be done at all. I was going into this from the perspective of a writer who wanted to learn about my work and what should be changed, what some strengths were, [that sort of angle]. I think even just having a script reading over Zoom has been immensely, immensely helpful.” He added, “I am also hugely appreciative of the talented group of actors and [creative team] that helped make it happen.”

Eventually, Haas plans to go back and revisit It’s Curtains and incorporate some of what he learned from New Work Week. For now, after having worked on the project for so long, he’s ready to set it down and move on to other projects and pursuits. Haas will be graduating early with the Class of 2021 this spring as an Anthropology major and a TAPS minor and will be entering a one-year Master’s program this fall. Nevertheless, he’s certain that writing creatively will continue to be a part of his life.

“I don’t think that I want to do a single thing for my whole life,” Haas explained. “I do think that writing is something that I want to continue to do in my free time, no matter what my official job is. Hopefully, I would love to work in [the theater industry] at some point in the future depending on how things play out.”

Though working in the theater industry is not in Haas’s immediate sight, he is still incredibly grateful for his experience in TAPS and the opportunity he has had to tell stories throughout his time at UChicago.

“I think that storytelling is really important on an individual level, but also on a broader level,” Haas said. “I really, really, really enjoy writing no matter how good my writing is. It helps me think through themes and ideas and if nothing else, it’s just a good outlet. I’m very glad that in my time as an undergraduate, I had the opportunity to take some classes from some very talented writers and learn more about the craft. I obviously have a long way to go, but I have really appreciated all of the experiences I have gained and all of the time and effort that others have put into helping me grow as a student and a writer throughout my journey.”

Devin Haas would like to extend a special thank you to Tiffany Trent, Leslie Buxbaum Danzig, and Scott Elmegreen from the TAPS Department, as well as the entire cast and creative team of It’s Curtains and the members of his BA colloquium.

You can view and learn more about the works presented in New Work Week 2021 here.