A Roundup of This Summer's Major News

Here's a roundup of all the major news from this summer to be up to date on for the new school year. 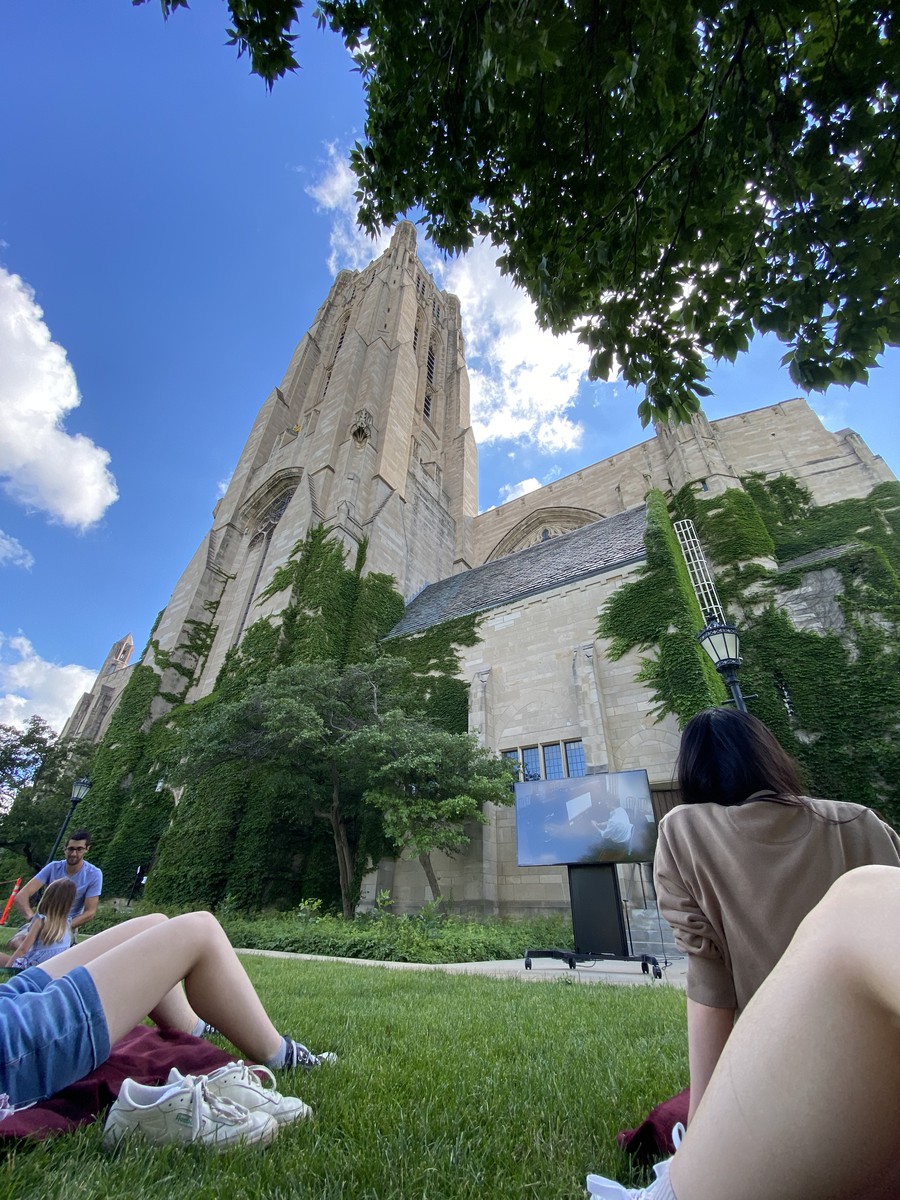 The view from the audience at a Bells of Summer concert.

Many students left Hyde Park for the summer—but the news cycle continued on. Here’s a roundup of the major happenings from on and around campus this summer.

Graduate Student United (GSU) continued its campaign to withhold the student services fee, which costs $1,248 per year for full-time students. This summer, the campaign was bolstered by faculty support in response to an email sent by the Biological Sciences Division in May that threatened to revoke building access for students who continued to withhold payment. GSU organizers described the fee as a tax on their incomes and demanded in an email to Dean of Students Michele Rasmussen that the administration offer fee waivers and break down how it spends the funds raised from the fee.

Over the summer, the campus community mourned the loss of two students. Ilan Naibryf, who was a rising fourth-year in the College, was present in the condominium that unexpectedly collapsed in Surfside, Florida. Just one week later, rising third-year Max Lewis was struck by a stray bullet on a Chicago Transit Authority Green Line train and passed away from his injuries in the hospital on July 4. Both were beloved members of the UChicago Chabad Jewish cultural center.

Like many other U.S. cities, Chicago saw many protests following the murder of George Floyd at the hands of the Minneapolis Police Department in May 2020. This July, the Chicago City Council voted to introduce civilian oversight over the city’s police department and police accountability agencies. The ordinance established the Community Commission for Public Safety and Accountability, a body of appointed and elected members with the power to draft and approve CPD policy and nominate candidates for key positions, including superintendent.  This vote is part of a larger, ongoing effort to address a history of police brutality and torture in Chicago, especially in neighborhoods of color.

July: “Save The Point…Again”

In July, local residents announced a revival of the “Save the Point” campaign. Members of the campaign oppose replacing Promontory Point’s weathered limestone rocks with concrete and steel, which the City aims to do under the Shoreline Protection Project meant to combat erosion along the lakefront. The City has not announced any plans to carry out any replacement, but the group’s members are unnerved by language in a recent request for federal funding that they believe signals the City’s intention to move forward with such a plan. The campaign is led by the Promontory Point Conservancy, a group calling for a third-party review to determine what changes are necessary.

The University’s monthly COVID update for August announced that students must submit proof that they are fully vaccinated by September 1, 2021, unless they are subject to an exemption policy. Additionally, in early August, the University revised the masking requirements it set earlier in the summer by requiring individuals to wear masks indoors. The decision was made in accordance with recommendations from the Center for Disease Control and Prevention, the Chicago Department of Public Health, the Illinois Department of Public Health, and experts at UChicago Medicine.

After years of community turmoil, the Obama Foundation broke ground on the Obama Presidential Center in Jackson Park. The center had gone through a four-year review process to begin construction in which park preservationists and a coalition of community organizations raised concerns about the environmental damage the center would cause to its surroundings. Since the center is located in a community predominantly filled with renters, the center’s construction has also generated concerns that rent and housing prices will rise, pushing out residents.