Running Toward the 2022 Chicago Marathon 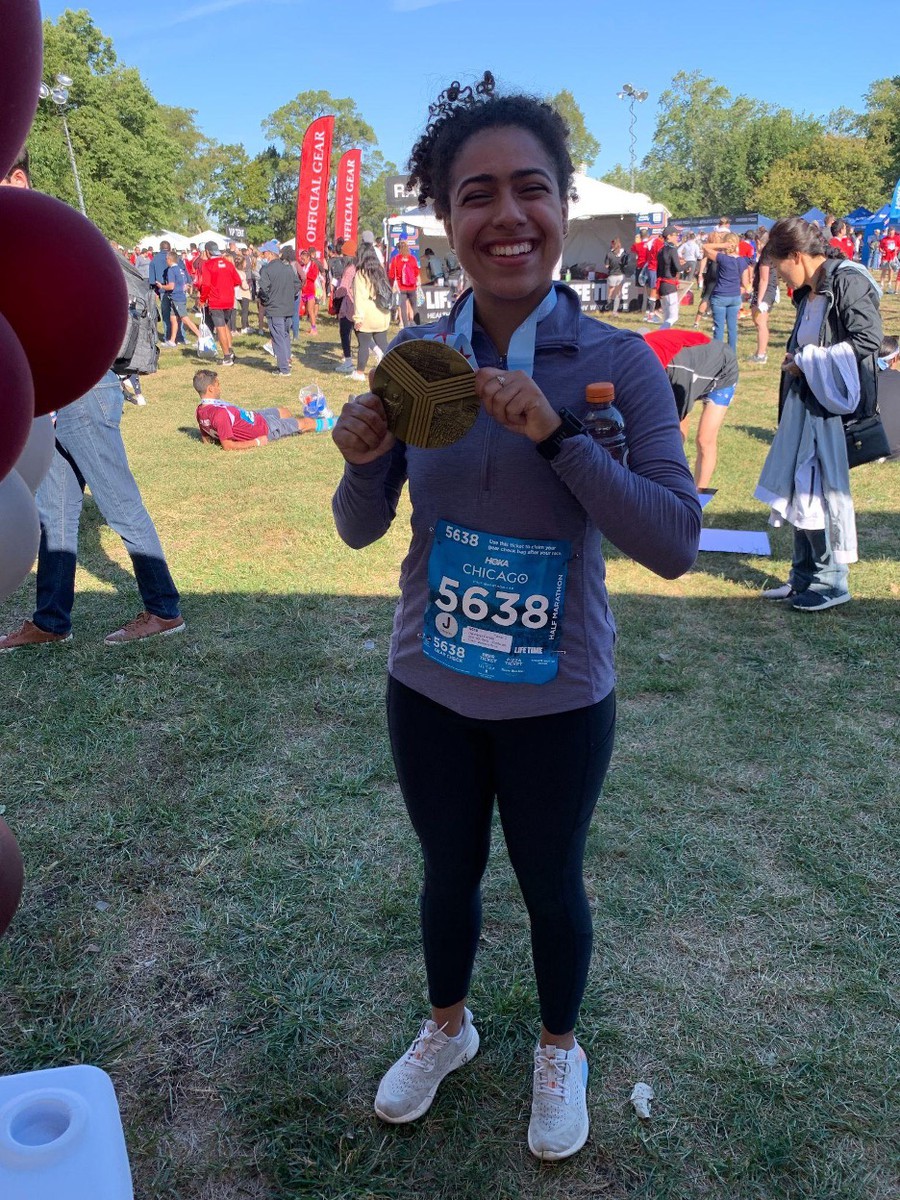 While some may see running as a last-ditch effort to make it to class on time, some members of Burton-Judson (B-J) Hall have used it as a bonding experience. Beginning during the pandemic, the running group has connected B-J residents both old and new.

As COVID-19 halted extracurriculars, B-J Resident Deans Patricia Jones and Andrew Siegel searched for ways that students could interact safely. Because they needed to be on-campus and outdoors, the activities available seemed limited to walking up and down the Midway. Colin Rydell, an avid runner and former B-J Resident Head, introduced the idea of beginning a running group during spring 2020.

With the idea supported by student interest, Jones consulted with Mike Norman, the founder and owner of Chicago Endurance Sports, and Kerl LeJeune, a running coach with the company and the current president of the Chicago Area Runners Association. The three of them conferred on the best way to safely train a large, mixed-experience group of runners during an era of mask requirements.

“The goal [of the group] is to make [running] accessible so that anybody that wants to run, wants to get into running, will have a group that they feel comfortable and safe with. They don’t have to go up by themselves, and they have someone guiding them and leading them,” Jones said.

As the year progressed, Jones began searching for ways to diversify running locations. “We had such a great core group of runners, that Colin and I discussed doing a race as a group for motivation to keep running during the summer,” Jones said. This race turned out to be the Chicago Half Marathon & 5K, scheduled for September 26, 2021. The races required an application to enter, so Jones contacted Jeremy Weitzman, who organizes corporate and charity groups for the race. The application was approved, and she prepaid for 30 runners, giving the group a bronze-level status that allowed them to reserve a space at the finish line set up with a tent, table, four chairs, and an ice cooler.

Professor Matthew Emerton joined this group for the half-marathon in a spontaneous decision. “I’ve been running on and off all my adult life and for most of my teenage life, but I haven’t been running long distances for a few years,” Emerton said. “I was in London a week before the half-marathon with my colleague. We ended up running nine miles, so a night before I came back to the U.S., a Friday night, I signed up to join the Burton-Judson team. I ran the half-marathon Sunday morning, and it was great.”

Although Jones was not able to participate in the race due to an injury, she supported the group the entire way. “Being part of this cheering squad, waiting for our runners to come by, was so fun,” Jones said. “I felt totally involved with the marathon even without running it.”

Looking forward, the group hopes to participate in the 2022 Chicago Marathon. “We are proud of our B-J runners’ dedication and their amazing performance as a group at the race. I cannot emphasize enough how amazing our B-J residents are,” Jones said.