The Line Between Institutional Neutrality and Complacency

The proposed Department of Race, Diaspora, and Indigeneity will expose gaps in our understanding of race and reflect the University’s commitment to worldly academic inquiry. 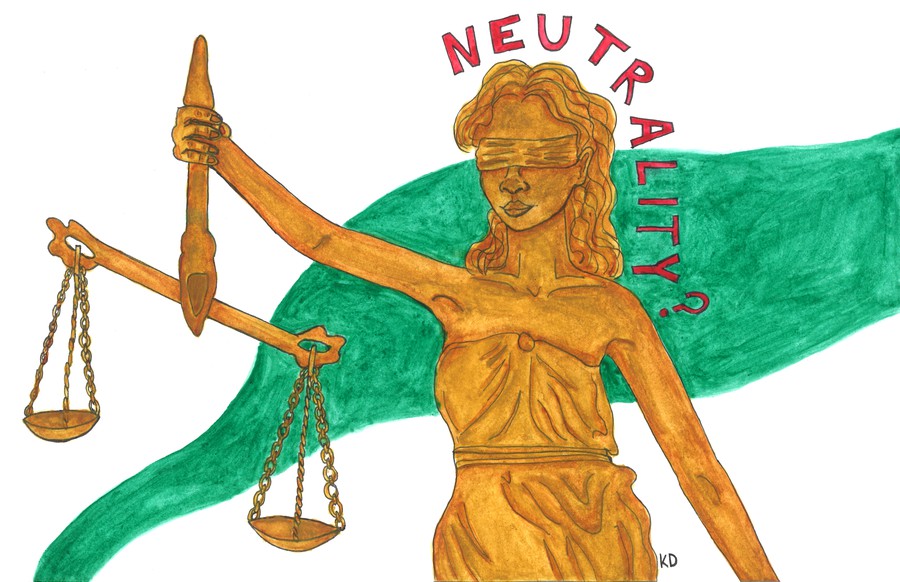 In late March, the University announced the creation of a much-anticipated Department of Race, Diaspora, and Indigeneity (RDI), backed by the Council of the University Senate, the school’s highest academic body. The department, housed under the Division of the Social Sciences, is designed to serve as a source of “ambitious scholarship on concepts that have helped shape the modern world and continue to reverberate in contemporary thought, culture and policy.” It is the latest of four departments the University has created in the past decade, and easily among the most worthy of the designation.

However, many have called attention to how the University’s announcement of the new department minimizes the role of student and community activism in the push for change. The text repeatedly brands the process as “faculty-led” and “faculty driven,” making no mention of the years-long student campaigns #EthnicStudiesNow (ESN) and #CommunityCentersNow that preceded—and likely helped spark—the faculty’s More than Diversity initiative. “Five generations of students of color have marched, chanted, wheat-pasted, rallied, banner-dropped, and occupied in the name of a Department whose values are aligned with the Third-World Liberation Front and other radical, multiracial student coalitions,” ESN organizers wrote to the members of the University community on February 23. The announcement, they argue, “erases and co-opts the work of generations of students of color organizing and the radical lineages we descend from.”

The University’s erasure of student activism doesn’t—and shouldn’t—necessarily come as a surprise. UChicago prides itself on maintaining institutional neutrality and thus downplays the role of student activism to avoid the perception that it is bowing to public pressure—the primary source of criticism against the new department. However, accusations of compromising institutional integrity are completely unwarranted; shaping routes of scholastic inquiry based on community interest and current events is not only permissible but expected of a university that intends to create a robust intellectual environment.

Most arguments against the creation of the RDI department point to the Kalven Report, a 1967 statement stipulating that in order to maintain academic freedom, the UChicago administration must uphold social and political neutrality. The University is intended to maintain a community of diverse thinkers, and as such “cannot take collective action on the issues of the day without endangering the conditions for its existence and effectiveness.” To preserve academic integrity, then, the Kalven Report deems it paramount that the University maintain “independence from political fashions, passions, and pressures.”

Attention is owed to the term “political fashions,” as though questions of history and policy surrounding the racial justice protests of 2020 are akin to whether leather jackets are in vogue. In its treatment of the news, The Thinker—whose writers have reacted to the department’s creation with outrage—frames the situation as exactly that: a “mob” of young people got rowdy about critical race theory, and the University compromised its ideals to placate them. The article cites UChicago Professor of Economics Harold Uhlig, who opposed the creation of the new department. Uhlig tweeted that certain departments at the University were “in flagrant violation” of the Kalven Report when they published “highly political statements in support of ‘Black Lives Matter.’” He contends that such statements were “clearly triggered” by the 2020 race-related protests, and that the new department would “join that chorus.”

There is a popular sentiment that the University somehow compromises its academic integrity when it engages with social justice issues, that it ought to look on from its ivory tower and avoid embroiling itself in the messiness below. And highlighting student organizers is just that: messy. It feels like a violation of the ostensibly straightforward commitment to neutrality. But is neutrality appropriate, or even possible, in these discussions? The principles outlined in the Kalven Report are mobilized in defense of a status quo that refuses to evolve with changing sociological conventions. It’s not hard to see that neutrality is, more often than not, a proxy for complacency.

The criticisms arising from our own faculty and amplified by Fox News, for instance, suggest that the department’s creation violates neutrality by virtue of being “predicated on an ideology.” That is to say, there’s an implication that history coursework featuring politically moderate—rather than liberal or conservative—value judgments is somehow more objective. However, the center of the Overton window isn’t perfect neutrality: it is an ideological median. Take your standard fourth-grade American History textbooks, emblazoned with eagles and stars and stripes. The breadth of the views and values implicit therein reflected the moderate political views of the time: America was righteous and good in its westward expansion, Martin Luther King, Jr.’s non-violent approach was the only appropriate way of acquiring civil rights, and Socialism is Very Bad and poses a threat to our country. Regardless of whether you agree or disagree with those statements, it’s clear that this framing of history, despite being nominally non-partisan, is far from neutral or objective. Ultimately, any discussion of society will necessarily carry value judgements and bounds on the extent to which they can be called into question. Adopting the predominant beliefs in society is hardly floating above “ideology.”

As much as this principle applies to thought, it more crucially applies to action. We find it easy to condemn people and institutions throughout history who looked away as windows were shattered on Kristallnacht or protesters were beaten on the streets in the Freedom Rides—but it was almost certainly a commitment to neutrality that, in their eyes, justified their actions. And when an innocent man is murdered by an officer of the law, and when the fallout exposes a long history of police brutality that disproportionately affects specific communities, an injustice has occurred. To refuse to acknowledge these happenings is not neutrality, but complacency. You cannot abstain; inaction is a choice.

For UChicago as an institution, this means examining whether silence and inaction truly constitute “neutrality,” or an implicit acceptance of an unjust status quo. In the case of the 2020 protests and the long-overdue attention turned to race and racism they precipitated, it is certainly the latter. It’s high time the University translates its nominal support for Black Lives Matter into tangible change, and opening avenues for nuanced study of race and indigeneity is an excellent step. Not only that, but doing so is in-line with the school’s fundamental commitment to inquiry: New developments like the killing of George Floyd have exposed gaps in our understanding of race, allowing the University to adjust to new information and investigate topical ideas. Involvement with current events, and the students who engage with and are implicated by them, is the University’s way of engaging with the world, which in turn allows it to be the intellectual powerhouse it is.

The Kalven Report states that “by design and by effect, it is the institution which creates discontent with the existing social arrangements and proposes new ones. In brief, a good university, like Socrates, will be upsetting” by creating a space for students and professors to serve as “instruments of dissent and criticism.” The creation of the RDI department reflects these principles. It is additive, not restrictive—an expansion of how we study race introduced by student changemakers, equipping scholars to understand and critique the world in new ways.

Academic departments that adopt comparatively novel theories (e.g. the current response to racism in America is not adequate) and frameworks (e.g. we can understand history through power struggles rather than the great man theory) allow us to expand our intellectual horizons. And such fields of study are crucial at a time when conversations about race and racism are at the center of the country’s collective consciousness; understanding how structural and racial disparities originate and endure in society is crucial to operating as an informed, civically engaged adult. This can often be uncomfortable and personal for students, but if a group calls for the censorship of academic areas because the ideas therein feel radical, they themselves become obstacles to academic freedom.

Cherie Fernandes is a first-year in the College.