There and Back Again: Every New Beginning Comes from Some Other Beginning’s End

It’s reassuring to navigate life off of a script you’ve written for yourself. But it’s also okay to throw the script in the bin and step away for a bit. 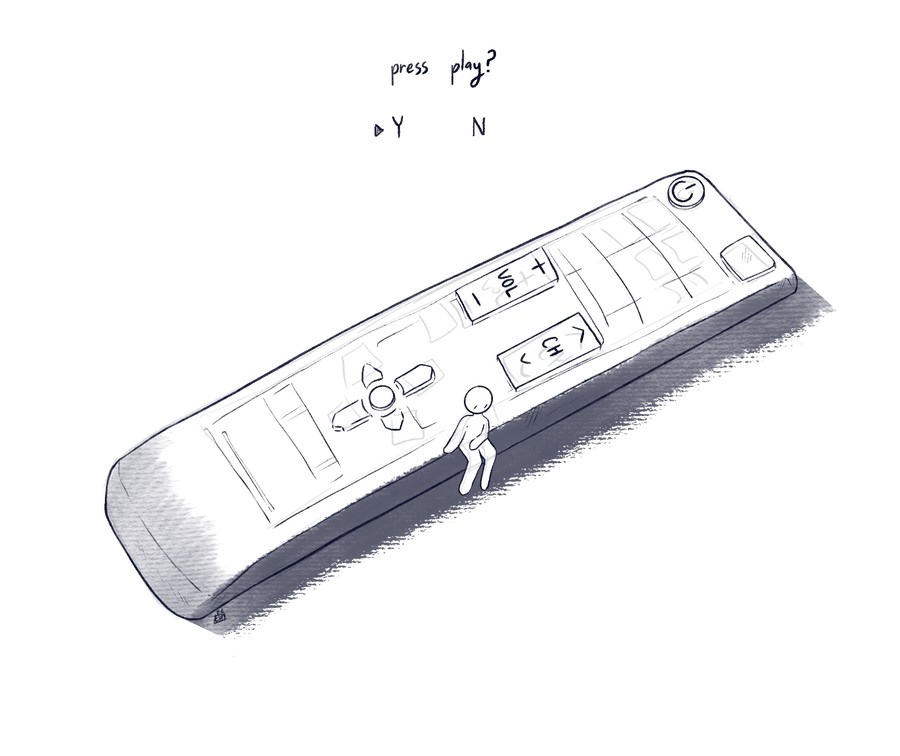 This June, I’ll return to UChicago for the first time in two years to graduate. In March 2020—which now feels like a lifetime ago—I was one of many second-years feeling the relief of finally settling in, diving deeper into budding interests, expanding my circle, and getting ready for a lovely spring quarter spent sitting on the Quad with my friends and constantly over-indulging on iced coffee. I was a chronic planner: Spring quarter would have cute, #collegiate vibes, and I’d wrap up my second year living, laughing, and loving before I left for my year abroad in London. Then, after my glamorous year abroad, I’d triumphantly return for my 4th year—21, flirty, and thriving.

2020, it turned out, had other plans. I appreciate that UChicago didn’t dangle the carrot in front of our faces when it announced that we were being sent home as the pandemic struck America, unlike some other schools who claimed quarantine would be nothing more than a two-week respite from college. Rather, our administration was considerate enough to disembowel all of my plans in one fell swoop, which proved far more emotionally convenient! It also made that last week of winter quarter all the more reverential, and I spent it hitting all of my favorite spots on campus and having endless heart-to-hearts with my best friends. We had a bonfire at the Point, we sang along to “Closing Time” as Hallowed shut its doors, and we cried on the fittingly rainy day when the last of us parted ways. I’m particularly glad to have had that time, because it was the last time I’d do any of those things.

In April 2020, an unexpected death in my family blew up the “old world” that I promised myself I’d jump back into come next September. Death lingered constantly at the periphery of my personal sphere—and it wouldn’t stop anytime soon—but that was the moment that I let go of all of the convincing I’d done to reassure myself that I’d just go back and press play on my old life heading into my junior year. While everyone was at home for spring quarter, that loss felt easier to deal with, knowing that everyone was isolated and dealing with something. Misery craves company. But by the time autumn quarter rolled around, and UChicago did, in fact, unpause, I felt stunted and upset and afraid. I wasn’t ready to adjust, to let go of my fantasy of pressing play, and I couldn’t understand how some people were able to.

Instead, I just turned off the whole movie. I completed the entirety of my junior year remotely from Philadelphia, doing the best I could to feel connected through the friends I made—miraculously, given the circumstances—in classes and through a few extracurriculars. In particular, I owe a big thank you to all of the wonderful writers and creatives of MODA Blog, of which I became co-editor-in-chief, as much of my time at home was spent either writing, editing, or talking with other writers about their work. It had always been one of my favorite parts about my UChicago experience, and helping to curate that environment and keep things going certainly helped to keep me afloat and plugged in.

I thought I was at a stand-still, but I was just moving forward in a different way than I’d planned. I was unwilling to accept that things weren’t going to snap back in place after that magical end point of the pandemic. It’s quite hard to remember that your life is constantly happening, even when you think you’re simply paused, waiting for that next big thing you want to come to fruition. If I’ve learned anything over the last two years, it's that the waiting is the living. When the vaccines rolled around last spring, and it became clear that UChicago was going to be back in person for my senior year, the two back-halves of my original Game Plan (the actual title of my Google Doc with the plan in question) came into conflict. I was faced with the choice to go back and press play on the original movie of my life that I’d planned—granted, with a few acts left on the cutting room floor—and return triumphantly to UChicago, or to complete the yearlong study abroad program that I had been able to defer due to the pandemic.

The choice was complex, and I’ve gone back and forth in my self-psychoanalysis about my true motivations. Did I not go back to Chicago because I realized it would be starting a new movie rather than pressing play? That people had moved on with their lives—lives that I wasn’t a part of—and that things wouldn’t be the same as I left them? Was I going towards something shiny and new, or away from facing the changes that I’d inevitably need to reckon with? I confess, I think it was a bit of both, but I certainly don’t regret my decision.

“Study abroad changed my life” is perhaps the most insufferable phrase to ever grace an admissions pamphlet, but I can’t exactly say it isn’t true. After the suffocating insularity of 2020–2021, to say that this year has felt like a breath of fresh air doesn’t cover it. A lot of people take the opportunity to be someone totally different when they are given a chance to start over (“new place, new me”), and my vision of going abroad certainly initially held the same ideas. I’d be cooler and wilder and more liberated than ever before, hence the aforementioned visions of glamor. But I think my experience did the opposite: it stripped me down to my most essential. It made me realize that you take yourself everywhere you go, no matter where you are or who you’re with or what you go through. That was a huge relief after feeling somewhat numb and detached during my time at home. It showed me that there are certain kinds of people—kind, generous, hilarious, loving people—that I’ll always be drawn to and befriend, across any countries or cultural contexts. Just a few weeks ago, a dear friend and I went to dinner and a movie on the second anniversary of my devastating loss, and I let myself cry on her shoulder while walking down the streets of London. Embarrassing, but kind of beautiful. My experience here helped me understand that certain doubts and fears don’t matter. The brief, self-contained nature of studying abroad left me no time to indulge in them.

I’m both excited and nervous to come back to UChicago. There are people I wish I’d stayed in better touch with, but I don’t think it could have gone any other way. I wasn’t ready to let go of how things could have been, and everything related to UChicago was a reminder of a fractured future and the sadness that accompanied it. But I’ve grown to cherish the time we had—now crystallized in my memories—rather than bemoan how much more was possible, and I’ve been emerging from the periphery to tell people how much they mean to me. I’m sure it’s getting a bit annoying at this point.

My “triumphant return” will finally come after twenty-seven months away from this school, over which I joined and quit at least six different extracurriculars in an attempt to expand my horizons. I seriously decided (and then un-decided) that I was going to become a journalist, and then a lawyer, then a butcher, then a baker, and finally, a candlestick maker. I got published. I moved almost 4,000 miles away. I became a club leader and unceremoniously stepped down because of the distance. I got a job. I don’t know if any of these anecdotes particularly qualify me to give any advice, but if you’ll indulge me in providing some, it’s this: Plans are great, and it’s reassuring to navigate life off of a script you’ve written for yourself. But it’s also okay to throw the script in the bin and step away for a bit. Like I said, life will continue to happen while you take a pause, but the key part is that the change you might dread will inevitably come anyway. If I had gone back to do my junior or senior years at UChicago, I’d end up missing my friends after graduation anyway, and I’d inevitably have to start over in the real world. Every experience is finite, which is what gives it value. So don’t worry about what you’ll miss—life is far too short to not write yourself your own happy ending.

Alexandra Fiorentino-Swinton is a fourth-year in The College.