UChicago and the Asymmetry of Power

Academic circles can be unwelcoming and dangerous for women. 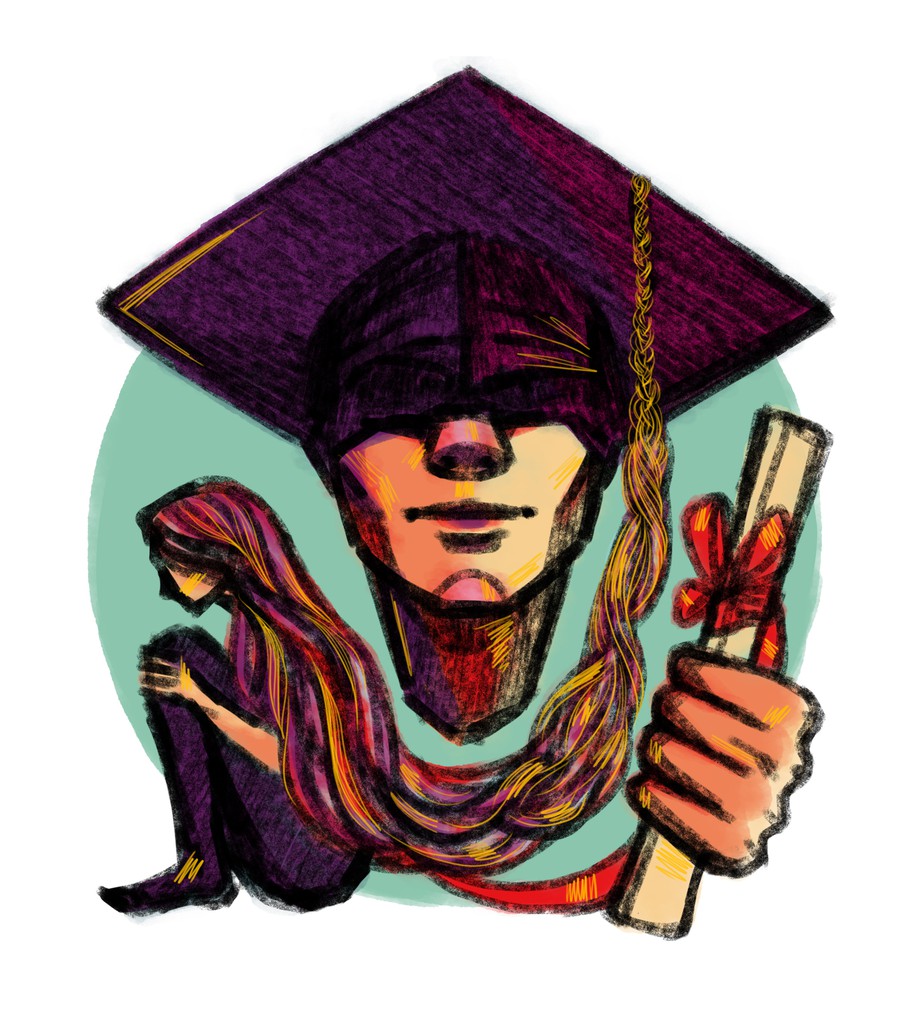 Recently, HuffPost published an article by C. Christine Fair (S.B. ’91, A.M. ’97, Ph.D. ’04), a faculty member at Georgetown University. The original article has since been taken down but was subsequently published by BuzzFeed, and Fair also writes about it on her blog. She recounts her harrowing experiences with sexual misconduct, the perpetrators of which were often powerful male academics. According to her account, these men used the relative security of their positions to harass her as she navigated her way through the academic world.

Dipesh Chakrabarty, a reputed scholar in UChicago’s history and South Asian Languages and Civilizations departments, is implicated in her allegations—she maintains that he made improper sexual remarks directed at her. I reached out to Chakrabarty for comment, and he responded: “I have taught at this university as a member of its faculty since 1995 and as a visitor in 1994. I have always worked to maintain a respectful, professional, and cordial relationship with my students. If any student or colleague ever approached me saying that they had been hurt or offended by something I said or did, I would, of course, listen to them carefully and take appropriate action.”

Fair also blames the University of Chicago for fostering an environment in which she was repeatedly made vulnerable to advances by male superiors, without any hope for redress or justice. She recounts numerous futile attempts to address her deep discomfort with higher-ups in the department. (Steve Collins, a UChicago professor who Fair remembers as “the ally of Chakrabarty’s victims,” declined to comment on the matter.) The University statement on the issue can be found at the end of this article.

This article should have been a big deal for students at UChicago—a reminder that the repeated violation of women’s rights is often institutionally protected. Tellingly, this is hardly UChicago’s first controversy surrounding sexual harassment; just last year, UChicago quietly fired Jason Lieb, a professor who was employed despite indications of a prior history of sexual misconduct. We, so proud of our ability to think critically, should have been reflecting on how ostensibly progressive academic institutions like our own can allow professors and faculty members to exercise power with impunity. We should have been thinking about how professors can irreversibly alter their students’ life chances. We should have surmised long ago that elite institutions are always more committed to protecting themselves, and launching investigations of this sort would threaten to disrupt our university’s carefully curated reputation for academic excellence.

But the article was largely ignored by the general UChicago community, as far as I can tell. The fact that no one saw it or is talking about it should tell us something about the way women’s testimonies are treated. I’m inclined to believe that at least part of our silence is because no one wants to think about the implications. As a student interested in postcolonial theory, I’ve been considering taking one of Chakrabarty’s classes ever since I first heard of his work. As I read Fair’s article, I had the uncomfortable realization that taking his class now would mean one of two things: that I didn’t believe Fair’s story, or conversely, that I believed it, but would be willing to set aside the implications of her experiences for the duration of class. Regardless, I would have to grapple with the possibility that I could be putting my own security and chances at success in danger. I shouldn’t have to make decisions like that simply in order to get an education—it’s UChicago’s duty to make me feel secure in a learning environment.

The question of believing survivors of sexual violence has long been a topic of discussion. As the terrifying details surrounding Harvey Weinstein’s decades-long abuse of women came into public focus, and the #MeToo campaign began trending across social media, it quickly became apparent that millions of women—not including the many who are rightfully reluctant to speak, or cannot speak—have faced some form of sexual harassment. The reality that most women live every day is being crystallized for all to see. We are constantly vulnerable and at risk of having our bodies violated, with the possibility of justice at best fleeting and complicated, and at worst impossible.

We’ve seen public figure after public figure being held accountable online and in print—Kevin Spacey, Roy Moore, Louis C.K, and most recently, Al Franken. Clearly, something is changing in the way we report and react to allegations of sexual misconduct. In a related turn of events, Raya Sarkar, a woman of Indian origin and a law student, posted a list on Facebook naming dozens of South Asian academics, including Chakrabarty, who have been accused of sexual harassment. In her post, Raya simply says, “If any one knows of academics who have sexually harassed/were sexually predatory to them PM me, let's discuss and I'll add them to the list of alleged sexual harassers.

This list, then, is unapologetic in its mission—it offers no explanations or detailed accounts of what happened—it is simply intended as a method of keeping women safe from elite scholars who benefit from a wide asymmetry in power. Similarly, in the wake of Weinstein’s crimes, an anonymously crowdsourced Google spreadsheet dedicated to exposing “Shitty Men in Media” reverberated across social media, eventually leading to a public rebuke of journalist Leon Wieseltier, even after it was removed from the web. UChicago is no stranger to such lists either. In 2014, a list emerged on Tumblr, accusing male students of sexual violence, citing University inaction as a reason for its creation. As women, we develop mechanisms for keeping each other safe, passing on any information we might have about men who may harm us. In a way, these lists are a more widely accessible version of that.

Sarkar’s list propelled a wave of deeply polarizing debate in India. Some people likened it to mob justice and called for “due process,” while others hailed this “naming and shaming” as an act of resistance and protection. I stand by Sarkar and the women who (anonymously) contributed to this list. The legal system surrounding cases of this nature is such that the burden always lies on the victim—almost always a woman—to prove the “truth” of the accusations. Women have historically been ridiculed, shamed, brutally punished, and ignored for sharing stories of assault. Who can blame them for not wanting to register complaints against men that are shielded by fortresses of institutional power, institutions that rely on them for their prestige? Many of the men named in this list would have never faced any consequences, and still probably will not.

Some of India’s most revered feminists, including Kavita Krishnan and Nivedita Menon, have come out in opposition to Raya Sarkar’s list. They ask women to seek justice through due process, which they dubiously characterize as “fair and just.” Sarkar is a law student, so if she thinks this list is necessary, then it speaks volumes about the dependability of our judicial mechanisms. I have no space here to go into the prolific history of courts failing women, but we need only look at the case of Mahmood Farooqui, an acclaimed director deeply entrenched in academic circles, who was accused of rape by a Columbia researcher. The Delhi High Court acquitted Farooqi based on the logic that a woman’s feeble no can sometimes mean yes. Elsewhere, in America, for every 1,000 accusations of rape, only six perpetrators will face jail time. That’s due process for you.

This condemnation by Indian feminists is shortsighted and harmful. For one, the process of seeking legal action is not incompatible with the existence of this list—the two can coexist and perhaps even help each other. A woman abused by an academic who feels alone in her experience of sexual assault might see a list of this kind, realize her assaulter has likely abused more victims, and subsequently feel more confident in seeking legal justice. Additionally, spewing pseudo-intellectual platitudes about the importance of “due process” conveniently diverts attention away from what should really be at issue—that there are over 60 professors on this list, many of them well known, many of whom present themselves as progressive and feminist. We should take this as proof of a simple fact: Academic circles are not welcoming spaces for women.

UChicago students love to talk about Foucault, but we’re blissfully ignorant when real power-knowledge complexes allow elite academics to act as they please with their students, while the women impacted are forced to change the very course of their lives. Right now the focus is on upper-caste South Asian academics, but the problem is rampant and deeply ingrained in institutions of higher learning all over the world. We, as a student body, need to hold UChicago accountable for creating a safe learning environment for everyone, and think critically about the ways in which we are complicit in making academia a hostile space for women.

We too deserve protection, and we too have the right to learn freely—I wish women didn’t have to repeat this every few days. If that freedom comes from a list and a blog post, then sign me up. But ultimately, the onus for fighting structurally entrenched patriarchy cannot lie solely on women, and when we are trying to fight it tooth and nail, the least you can do is listen to us.

Urvi Kumbhat is a third-year in the College majoring in English language and literature and creative writing. She is a head Viewpoints editor.

Editor’s Note: The University has issued the following statement in response to the allegations referenced in this article: “The University is committed to maintaining an environment in which all members of our community can participate fully. The Policy on Harassment, Discrimination and Sexual Misconduct acknowledges the “inherently unequal power” in some interactions, and includes provisions that take such imbalances into account. Our training for students is intended to encourage reporting of incidents. In this case, University authorities have written Dr. Fair inviting her to contact them if she wishes to discuss these incidents.”