COVID-19 Testing Should be Mandatory for University of Chicago Students

Mandatory universal testing should form a cornerstone of the University's plan to reopen this fall. Currently, the University's testing plan is inadequate and creates unnecessary risks in an already uncertain quarter. 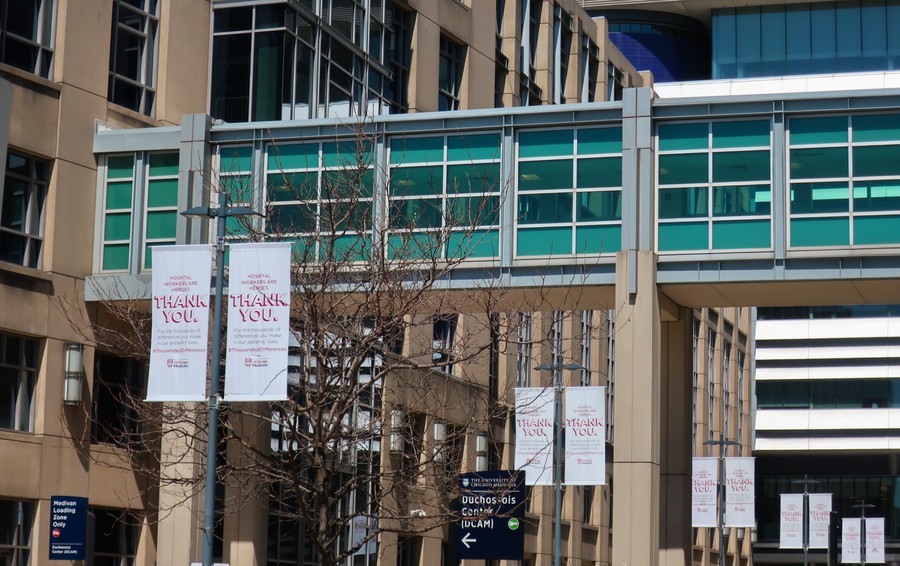 The University of Chicago is inviting students back to campus with a voluntary and infrequent testing plan, exposing its inability to recognize the imperative role of testing in mitigating the spread of COVID-19. Only students living in residence halls will be tested upon arrival, and the College has said off-campus students “will be able to participate in a voluntary ongoing testing program,” leaving it up to personal choice as to whether students that have been invited back to campus for classes will be tested for the disease.

UChicago must implement University-wide mandatory testing on a regularly scheduled basis to best protect the health and safety of its members and the surrounding community. Because COVID-19 can be spread through asymptomaticcarriers, daily self-monitoring of symptoms and testing after symptom presentation will fail to detect outbreaks.

Current University policy requires students living in residence halls and in-season student athletes to be tested on a weekly basis, but students living off campus must fill out an application to be considered for an opt-in testing program. The University should not abdicate responsibility for outbreaks that occur outside its residence halls and surveillance should extend to all students that have returned to Hyde Park to study and work.

As other universities have brought back students to campus, outbreaks have occurred in off-campus housing at higher rates than in on-campus housing, indicating a pressing need to extend surveillance to these students for the betterment of the University community. At The Ohio State University, during the first month of the semester the incidence of COVID-19 among students living off campus remained several percentage points higher than those living on campus.

The University touts UChicago Medicine and Student Wellness as capable of handling potential sickness, but it hasn’t indicated that preventing infections through testing is a high priority. “Some people will get sick,” UChicago Medicine Executive Medical Director Emily Landon said in a video message to students. “We’re prepared for that and we have a wonderful partnership between Student Health Services and the University of Chicago Medicine, a world-class hospital right here on campus.”

The impact of not mandating universal testing for students extends to the surrounding South Side community, where the University’s insufficient policies put vulnerable populations at risk. UChicago is in the third-largest city in the country—where outbreaks pose a threat of spreading to large numbers of people with no connection to the University—while institutions in far less populous places have taken greater testing precautions for their students. Dartmouth College, which resides in a town of only 11,500 residents, will require all students to be tested upon arrival, as well as on day three and day seven after arrival, followed by subsequent regular testing.

It is impossible for a university to reopen and simultaneously assume zero risk of infection. By failing to develop a universal and recurring testing plan, UChicago has also ignored public health experts, including director of the National Institute of Allergy and Infectious Diseases Anthony Fauci, who has said that testing is critical to prevent the spread of COVID-19. UChicago epidemiologist Sarah Cobey recently told The New York Times, “Universities are not taking responsibility for the risks they are creating.”

The UChicago Health Pact, Landon states, will “stack together multiple interventions in order to make a safety net that will protect us as best we can.” But without universal testing, the safety net is lying on the ground.