Join the Incoming USG in Standing with Palestine

“The Incoming USG’s Recent Statement in Support of BDS Is Tone-Deaf” claims to speak for all Jews on campus—it doesn’t. The incoming USG’s statement supporting BDS was a principled and necessary stance in the fight for Palestinian liberation, on campus and beyond. 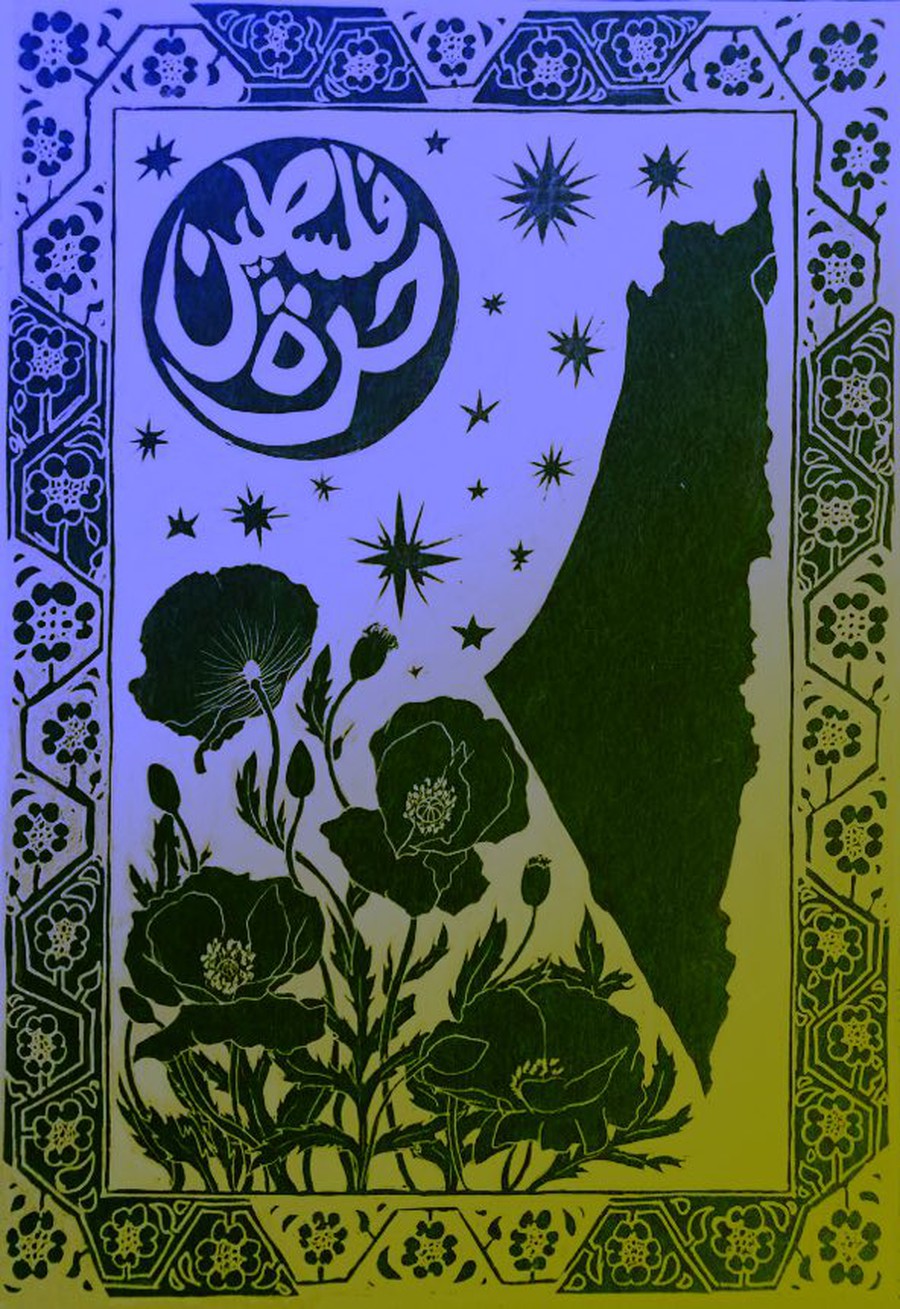 Our incoming Undergraduate Student Government made the right decision to stand with Palestine and so should you.

Ben Gerhardt, a third-year in the College, recently authored an article titled: “SG’s Recent Statement in Support of BDS is Tone-Deaf—Listen to Your Constituents.” Among other topics, he argued against our incoming undergraduate student government’s (USG) allegedly “performative and borderline anti-Semitic response” to the recent cruel attacks against Palestinians by the Israeli government and Israeli settler lynch-mobs.

Ben writes: “Yet, while [USG] presumed [the need to speak on Israel and Palestine], they neglected to listen to the population they are in fact charged with representing: UChicago students.” Who, then, according to Ben, are “UChicago students?” They are apparently students like him who support Israel and believe “Israel needs America’s support.” While some students may be content with an imagined campus demographic where all our peers support the occupation of Palestine, I feel confident that when our Incoming Undergraduate Student Government wrote their original statement, they did in fact speak with the support of hundreds of students on this campus, who, like myself, care deeply about Palestine. They wrote to amplify the voices of Palestinian students, who are routinely harassed, doxxed, and invalidated, as is extensively detailed by UChicago’s chapter of Students for Justice in Palestine (SJP).

As a central argument for his piece, Ben claims that USG’s willingness to issue a statement on Palestine is not only outside their duties, but “needlessly inflammatory.” However, we are students at the University of Chicago. Our University is actively invested in maintaining political, cultural, financial, and academic ties with the state of Israel, as is evidenced by USG’s original statement, which lists examples of this, including treks to Tel Aviv, Study Abroad in Jerusalem, and other opportunities for students to benefit from the displacement of Palestinians. Visiting the occupied territories of 1948 means you are exercising a right of movement and return not guaranteed to more than 7 million Palestinian refugees the world over, while financially and materially supporting the Israeli economy in violation of the Boycott, Divestment, and Sanctions (BDS) movement. This is participation in Israeli apartheid. Moreover, Ben himself stresses the importance that Israel plays in his life as a Jew in America—I wonder why Ben has the right to author articles about the importance of Israel to him, but our USG doesn’t deserve the right to accurately call out our institution’s connection with the Israeli occupation of Palestine? God forbid our Student Government release a statement that justifiably uplifts Palestinian student voices—students with family, ties, and lives in Palestine. No, according to Ben, that is “borderline anti-Semitic.”

If anything is “needlessly inflammatory,” it is the tide of Israelis marching in the streets calling for “Death to Arabs,” ransacking and destroying Palestinian livelihoods across the occupied territories. It is the ongoing and decades-long effort by both the Israeli government and settlers to ethnically cleanse the neighborhoods of Sheikh Jarrah and Silwan, among many others. If anything is deserving of international and campus-wide protest, solidarity, and outrage, it is the recent bombings of Gaza, which resulted in more than 200 deaths, more than 60 of whom were children. Death tolls are not the only metric for understanding the complete terror that is Israeli aggression on Gaza, as more than 91,000 Palestinians are now homeless. There is no other justification or explanation needed for focus on Israel and Palestine right now—the overwhelming violence and destruction stands on its own. As Nadya Siyam, a Palestinian currently in the Gaza Strip, writes: “Outside, everything is red. Hellfire is coming for us. The sound is a never-ending cycle of horror. My sister reminds us to say our “shahada,” words you utter when you’re about to leave the earth. But we have already done so, silently. We wait. We die. We don’t. We live. We don’t. We die. We live.”

If this is too intense, vulgar, graphic, or disturbing—let it be. This is the reality of terror and destruction that Palestinians face. There is no such thing as embellishment nor exaggeration, as there is nothing more serious than Palestinian family after family being massacred together in the Gaza Strip. Ben writes, “I ask why our USG took the time to single out Israel for criticism.” I ask, instead, why others don’t feel the need to explicitly name and call attention to this violence. Ben writes that Israel “is constantly held to a standard higher than almost every other country,” but I wonder what standard could be lower than not senselessly murdering families. Ben writes that Israel “is the only democratically elected government” in the region, but simultaneously calls Netanyahu’s government “not democratic.” Instead of calling out the specific violence against Palestinians, Ben opts for vague mourning of “both sides” and asserts that Israel is one of the only Middle Eastern countries addressing “women’s and LGBTQ+ rights.” I can only think of the right to life that the women and queer people of Palestine deserve—the right that Israel continues to disrespect through taking away their lives and livelihoods.

It is revealing that Ben feels as though Israel is “the only nation where [he] can be safe in observing [his] religion,” as this is plainly not the case for Palestinians, who repeatedly suffer brutal attacks and repression of their religious festivals. Just two weeks ago, thousands of Palestinians were met with tear gas and lethal rubber-ammunition praying and congregating at Al-Aqsa Mosque on the last Friday of Ramadan. 305 Palestinians were injured, and 228 others hospitalized. I would be more than happy to hear an explanation for why Palestinian children deserve to flee tear gas while others observe their religion “safely.”

Furthermore, the ethnic cleansing and terror that the state of Israel has inflicted upon the Palestinian people goes deeper than just the actions of the past few weeks. This is the ghost lying behind our campus rhetoric surrounding “Israel and Palestine”: refusal to acknowledge the ongoing Nakba of the Palestinian people. As Kaleem Hawa writes in Jewish Currents, “the Zionist project is a genocidal one. This is not a term I invoke lightly; the violent expulsion and dispossession that began in 1948, and the ongoing attempts to disarticulate and destroy an indigenous people meet the definition of genocide from the perspective of international human rights law.” I see acknowledgement and opposition to the Nakba as paramount to any campaign dedicated to human rights and solidarity with oppressed peoples on campus and abroad, such as that of our Incoming Undergraduate Student Government.

Finally, Ben writes, “I understand that USG might disagree with me, citing organizations such as Jewish Voice for Peace, but this organization does not speak for all Jews.” Forgive me for being under the impression that we Jews have a diverse array of cultures, backgrounds, languages, politics, and stories—I will try to be more mindful of this pro-Israel monolith we are supposed to reduce ourselves into. I must ask, though, how much of Jewish history and politics should I ignore? As a student of Yiddish literature, myself, I am well aware of the Yiddish left-wing history of opposition to Zionism. Thus, I am in a position to cover up my community’s century-long confrontation with Zionism—but what is to be done about those pesky other “bad Jews,” who run Jewish Voice for Peace, IfNotNow, or B’Tselem? Or histories of Jews who dissented from Zionism and supported a binational equal state, such as influential Reform Rabbi Judah Leon Magnes? Or the Egyptian Jewish Anti-Zionist League? Or Ivan Slama and the Tunisian Communist Party of 1949, who opposed Zionism and argued that Zionism is an internalization of antisemitism in the journal L’avenir de la Tunisie (v. 29, no. 265)? Or the many Jews on this campus that do support IfNotNow or Jewish Voice for Peace? The list could go on and on.

Seeing as I am more of a secular Jew, I don’t think I should be the person to confront the principled and controversial history of Haredi anti-Zionism in the traditions of Rebbe Joel Teitelbaum, Hayyim Elazar Shapira of Munkacs, Elhanan Wasserman, Yitzchok Zev Soloveitchik, Rebbe Sholom Dovber Schneersohn, and Rebbe Yosef Yitzchak Schneersohn; may all of their memories be a blessing. This is just a very small taste of the diversity of Jewish political and theological opinion in regards to Zionism, all of which deserves engagement.

But there is no need to offer a “Jewish” defense of opposition to Zionism and the ongoing Nakba and occupation of Palestine. This is not a Jewish issue but a humanitarian one. I am insulted with the accusation that as a Jewish student at the University of Chicago, I somehow have to stand against USG’s statement in support of a Free Palestine, or that it is “anti-Semitic” to oppose the ethnic cleansing of Palestinians. A Free Palestine means an end to the ongoing Nakba—the genocide—of Palestinians, an end to Israeli occupation and apartheid, a Right of Return for all Palestinian refugees, and complete equality and agency for all who reside in Palestine.

I reject this insidious notion that anyone speaks for all Jews, and say, as a Jewish student at this University: thank you, USG and SJP, for this principled and needed statement in support of Palestinian liberation. There are many more students like me who support you. A proper view of the occupation of Palestine and the ongoing Nakba only results in the following question: do you stand with Palestinians in their fight for total and unequivocal liberation, or not? Everything else is a distraction. I encourage more UChicago students to critically evaluate where they stand, too.

If you support the incoming Student Government’s solidarity with Palestine, and are affiliated with the University of Chicago, please support BDS and sign this petition of solidarity: https://forms.gle/HGfzhCUp1u1AHLht8

Eyshe Beirich is a second-year in the College.