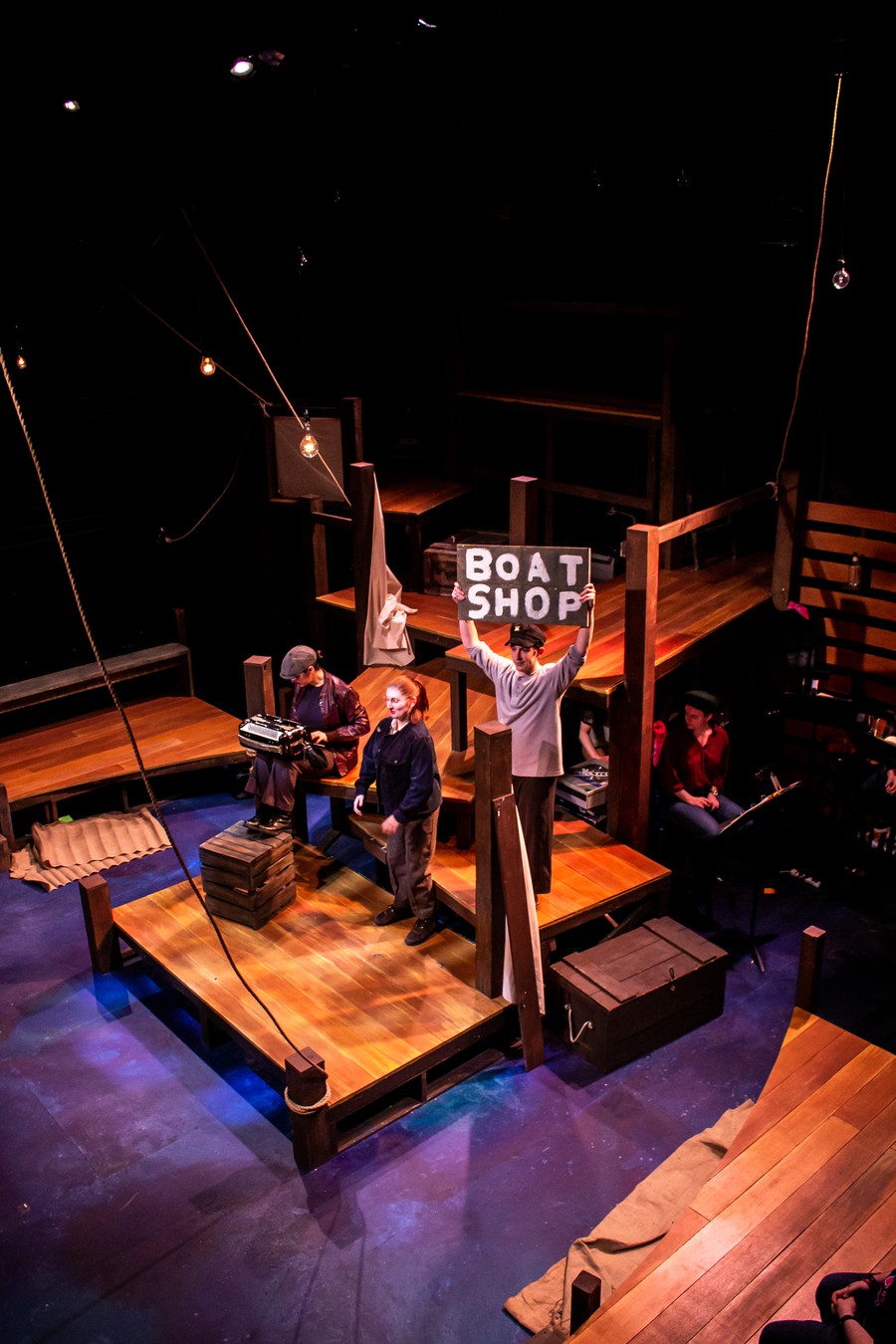 "The Old Man and the Old Moon," UT's last show before the pandemic.

In light of the spreading Delta variant of COVID-19, recognized student organizations (RSOs) currently await further guidance from the University on the return of physical meetings on campus.

Students from different walks of campus life take part in theater productions each year. The largest contingent participates in University Theater (UT), which produces more than 35 shows a year, reaching an annual audience of more than 10,000. With access to the 11-story Logan Center and the knowledge of theater professionals and academics, UT offers its participants an extensive set of resources. UT’s Theater[24]—a festival held the first weekend of each quarter—invites students to create an entire play from scratch, from playwriting to set design to performance, in just 24 hours. Sign up for its listhost to receive updates.

If you’re looking for a bit more rehearsal time, A Weekend of Workshops, usually held during the fifth week of each quarter, gives directors the chance to explore their craft and put on short pieces. New this year, UT will be hosting readings of student-written work fourth week of fall quarter. Auditions are held the first week of every quarter. New and curious students can sign up for the UT listhost and check the UT Website for specific audition information.

If you prefer to stay out of the spotlight, positions for production, stage and house management, lighting, set design, costume design, and sound design are always available. Additionally, UT runs design cohorts in conjunction with the Theater and Performance Studies (TAPS) professional staff, theater artists employed at the Logan Center specifically to mentor students. More information on Cohorts is available on the UT website, or you can contact UT Committee, the student committee that runs UT, here.

Students with Shakespearean inclinations may want to check out The Dean’s Men. As the University’s resident Shakespeare troupe, they stage one of the Bard’s 39 plays every quarter. The Dean’s Men also hold play readings, film screenings, and a quarterly Shakespeare Q&A with assistant professor Timothy Harrison, an expert on Renaissance and early modern English literature. This fall, they’ll be returning to the stage with a production of Love’s Labour’s Lost. The Dean’s Men hold auditions in conjunction with UT, and you can find out more specific information from their listhost.

Because Hyde Park is the birthplace of improvisational comedy, it’s only fitting that the University boasts not one but two excellent improv groups. Formed by Second City founder Bernie Sahlins (A.B. ’43) in 1986, you can catch a sneak peek of Off-Off Campus, the oldest student improvisational theater and sketch comedy troupe in the country, at its virtual O-Week show. Its five-week revue, which runs each quarter from fourth to eighth week, showcases the troupe’s hilarious skits and improv comedy, and it will be offered during fall quarter. Occam’s Razor, an improv troupe known for its more laid-back style, is open to both undergraduate and graduate students. The group puts on three free shows each quarter in the FXK Theater or at The Revival, located on 55th Street. Previous acts have included on-the-spot PowerPoints, impersonations, and reenactments of scenes based only on visual cues. Auditions for both Off-Off and Occam’s Razor are held early fall quarter.

Seeking a more unconventional creative outlet? Never fear—unconventional is UChicago’s middle name. Those looking to combine their love for history and theater may be interested in UChicago Commedia, which specializes in the commedia dell’arte theater style of the Italian Renaissance. The Underground Collective is a unique University of Chicago safe-space performance collective composed of student performers who put on quarterly showcases of entirely original work, including poetry, music, dance, and multi-art collaborations. The collective will be hosting auditions early in fall quarter. Check out its YouTube channel here.

Ever dream of running away and joining the circus? Also housed under UT, the student-run Le Vorris & Vox Circus offers all affiliated with the University the chance to learn a plethora of circus skills, ranging from aerial silks and trapeze to group acrobatics and juggling. The circus offers specific workshops as well as weekly open gyms, and they usually put on a show at the end of each quarter. More details to follow about equipment usage and social distancing.

If you don’t have time to leave Hyde Park but still want to get your fix of professional theater, Court Theatre puts on high-quality shows on South Ellis Avenue next door to Campus North Residential Commons. Once called “the most consistently excellent theater company in America” by The Wall Street Journal, Court will open this season with Shakespeare’s Othello, co-directed by Artistic Director Charlie Newell and Research Fellow Gabrielle Randle-Bent. While tickets may appear pricier than other campus productions, students are eligible for discounts, including free rush tickets to certain Wednesday and Thursday night performances.

Fresh thespian blood, experienced or not, is what keeps theater groups alive and improving each year. Whether you love being on the stage or behind it, UChicago has a role for you—check out any of the organizations listed above and start your performance today.