Let Me Brag About Us for a Moment

It’s cheesy, it’s cliché, but I’ve embraced it—it really was all about “the friends we made along the way”. 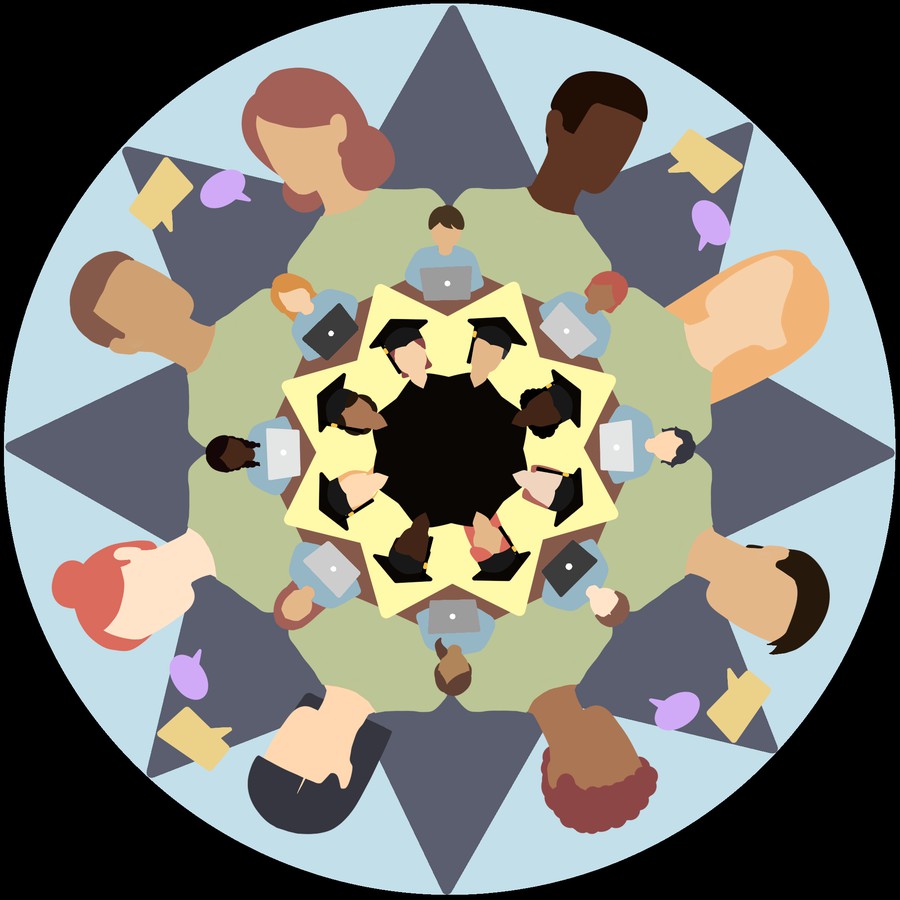 If I had to chalk up my positive experience at UChicago to solely one factor, it would be the infectious excitement of my peers. The manner in which UChicago students strive to be lifelong learners, and their desire to uplift others’ pursuit of learning alongside their own, has profoundly molded my time as an undergraduate. Though I am not intentionally trying to parrot a UChicago admissions session, these things must be said. Let me brag about you, Class of 2022, for a moment.

When we arrived at UChicago four years ago, we were thrown into a kaleidoscope of people. Every new class, RSO, event, and encounter meant chances to make new friends from every corner of the world with an ever-expanding array of interests and language backgrounds and cultural heritages. These new friends wanted not only to explore the whole “life of the mind” motto but to encourage everyone around them to explore it as well.

My first year was filled with a never-ending stream of riveting House table conversations (shoutout to DelGiorno House!). Someone would toss in a Kant quote amid a heated debate on whether or not the chicken was good at Cathey that day. We would analyze religion in one breath and memes in the next. Two students would dissect a MATH 160s proof while the students next to them, with great seriousness, would debate the ethics of the world portrayed in Mario Kart. A conversation on what makes the second Captain America movie a compelling political thriller would effortlessly flow into a parlay on modern American policy. Each meal was filled with infinite chances to discuss, dissect, debate, and most importantly learn from my peers regarding both the silly and the sacred.

My time at UChicago can also be described as one long series of being constantly taken aback by the casual brilliance of my friends. You know how it is with your friends—you joke around, you do dumb things together, you laugh with and alongside one another. A group of UChicago friends is no different. But at any moment, someone effortlessly multiplies two giant numbers in their head or mentions some research work they did under a big-name professor or launches into striking commentary on Plato or accidentally lets slip the fact that they know three languages and are learning a fourth, and I catch myself thinking, “Oh yeah, you’re a brilliant person! But I forget this constantly because we just goof off when we’re together!”

This has been my experience over and over again. I’ve come to realize that my UChicago peers have what I would describe as a scrappy curiosity: a determination to learn more about the world for the pure attainment of knowledge itself. I am constantly reminded of how lucky I am to be among such bright minds, even amidst our everyday goofiness. I can only hope I’ve amazed my own friends for even a fraction of the number of times they’ve amazed me.

A few acquaintances at other universities have told me they spend the majority of their time with other students in their major. Though this is by no means the rule—there are athletics and clubs and such—it's easy to isolate yourself from people outside your field of study. This is not the case at UChicago, where majors freely mix and mingle. Here, it’s almost impossible to form a tight social bubble with people only in your major. I, a computer science major, would point to the following as some of my closest friends: a creative writing major with a penchant for theological discussions, a Chemistry pre-med who speaks four languages, an aspiring architect and city planner, an English-turned-biology major, and a physicist who’s learning a dialect of Ancient Greek for fun. A conversation with any one of them continuously expands my horizons and plops in front of me the opportunity to think outside my areas of interest.

I came into college confident in my identity as a STEM–oriented student, but being surrounded by peers who are so eager to mix unconventional interests made it easier for me to let my own barriers down. I learned to feel just as comfortable debating the writings of St. Augustine in Hum as I was cranking out a CS assignment. At the end of my first year, a shared interest of my roommate and me led both of us to take a linguistics course together, despite the subject being completely outside either of our fields. As the years went on, when it struck my fancy to begin learning a dialect of a language of antiquity, I jumped in, inspired by UChicago friends who had done the same. At one point in my undergraduate career, I found myself reading theological treatises alongside master of divinity students in one class and then writing proofs on the time complexity of algorithms in the next. Sometimes it almost felt like a walking jumble of interests. Instead, I felt at home among you all as just your average UChicago student. I have you, Class of 2022, to thank for this.

This is not to say it’s all sunshine and roses here. I am writing this while experiencing a season of immense burnout. As my college journey comes to an end, I’m only now realizing how hard a hit my mental health has taken from the breakneck speed of a constant stream of deadlines and sleepless nights.

Nevertheless, even now, while I recover from a mild case of help-I’ve-crashed-and-burned-out-hard, there’s no comfort greater than the genuine support from the friends I’ve found here. As UChicago students, we’ve all been, or will be, in the same boat at one point or another. What a blessing it is to have peers who want to see you succeed and reach your goals but who will also encourage you to rest when needed. Who cheer you on in your successes, but who also know that there’s a difference between meaningful striving and striving after the wind.

And so my four years here draw to a close. But not so with the friendships I’ve made with so many quirky, lovable, goofy, oddball UChicago folks—those are only just beginning. Even as we prepare to scatter across the country, we’re only a phone call away from exegeting a religious text together, nerding out over the literary merit of a new movie, cracking jokes about LaTeX, or breaking out the Hobbes references. It’s cheesy, it’s clich​​é, and UChicago could totally quote me in their next info pamphlet. But to be honest, I wouldn’t have it any other way.

Olivia Morkved is a fourth-year in the College.